Kitten Ginger Snap has bounced back from a brush with death.

He used up one of his nine lives but a three-legged kitten is making the most of his second chance at life.

Ginger Snap was discovered alone on a Marlborough vineyard with twine twisted around his tiny back leg.

Vets were forced to amputate to save his life.


The little explorer has bounced back well and is under the care of SPCA foster mum Yvonne Davies from Blenheim.

The animal welfare organisation needs more people to step-up to the challenge of caring for its cats and kittens. 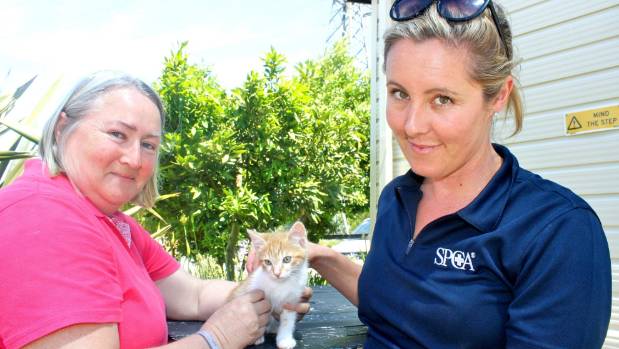 Ginger Snap the kitten is under the care of foster mum Yvonne Davies, left and SPCA Centre Manager Abby Laskey.

First-time foster mum Yvonne works at Springlands Veterinary Centre in Blenheim when Ginger Snap, 8 weeks, was brought in for emergency treatment at the end of November.

“I saw him before he had his surgery and he was cuddly and seemed to know that he was somewhere where he would get the help he needed.

“I looked at him and just knew I wanted to help too,” says Davies. 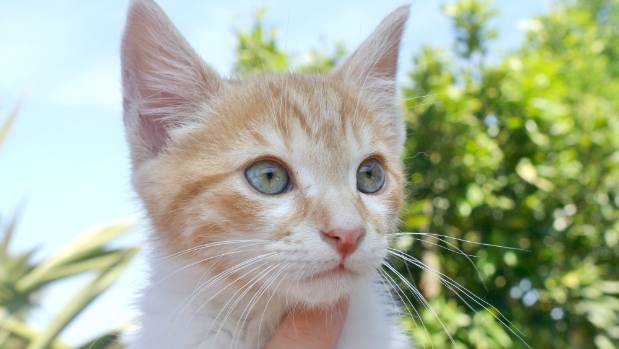 Kitten Ginger Snap is under the care of the SPCA after he was discovered with a badly injured leg that had to be amputated.

With two dogs at home, Boots, a short-haired collie, and Binky a fox terrier/schnauzer cross and cat Cleo, Davies says it was not a decision she took lightly.

“Anyone considering fostering for the SPCA really needs to make sure they are committed before taking on that responsibility.

“Ginger Snap is definitely the boss at home. He sits on the three-seater settee with the dogs and they’ll get down; he also pinches their beds. 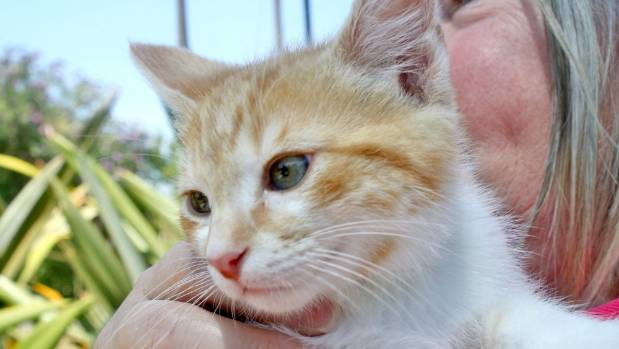 “This is the first time i’ve fostered and it’s been great. I would definitely consider doing it again,” she says.

SPCA Centre Manager Abby Laskey says Gingersnap weighed just 610 grams when he was found and the blood supply to his leg had been cut off.

“Apart from his leg he looked a bit rough, like he’d been out for a while but was still quite happy and vibrant. He’s almost doubled in weight in two weeks and looks great. 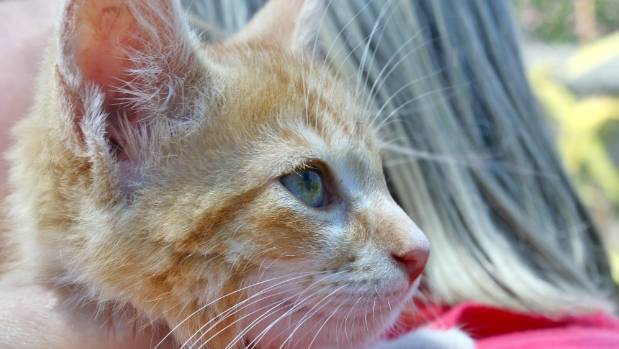 After a rough start in life, kitten Ginger Snap has recovered under the care of the SPCA and is in foster care .

“We have around 30 cats and kittens already out in foster care and that’s before kitten season really gets underway. People need a suitable environment and then go through the induction process where we see what we can do to help them.”

Ginger Snap has found a new home for when he leaves foster care but here are other cats and kittens available at the centre.