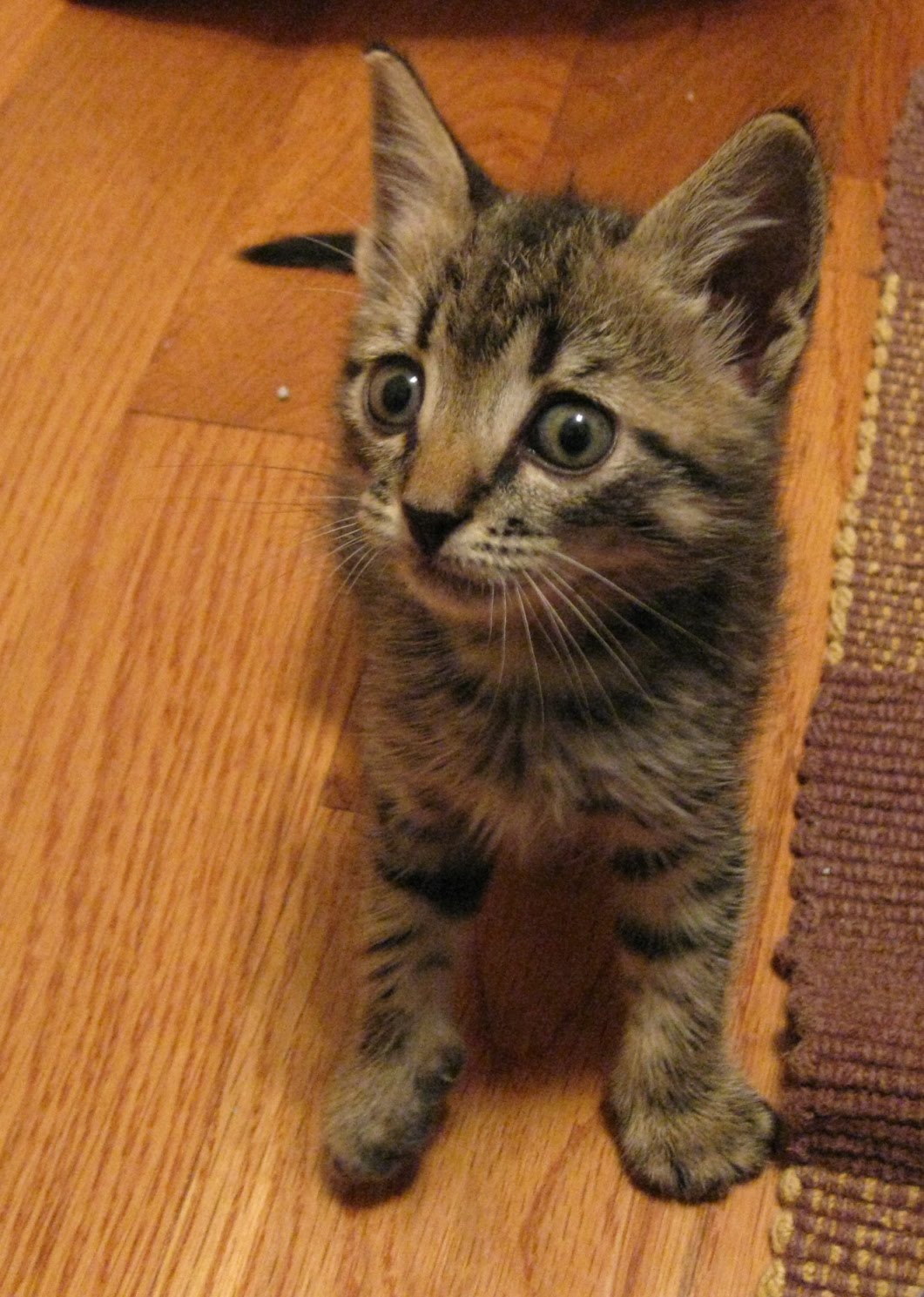 Yesterday, my neighbors dumped a little kitten on my doorstep! Everybody in the neighborhood knows I have cats since they often see me outside playing with them. They knocked on my door and when I opened they said they found this kitten and their Grandmother told them that they could not keep it and that they should give it to me!

These neighbors had 2 cats when I originally moved in, neither sterilized. The female had kittens and when they were about 8 weeks old they (including the mother) disappeared. When I asked about them, they said they gave her and the kittens away. The male cat got into a fight, had huge wounds on it which became infected and he died. In both these cases I tried to talk them into getting the cats sterilized and taking the male to the vet. Their excuse was always that they did not have money, even though I found a low cost spay and neuter facility and gave them all the information. The mother cat was also extremely thin and constantly ran into my house to eat food. She seemed extremely underfed.

Read the rest at: Random Drift